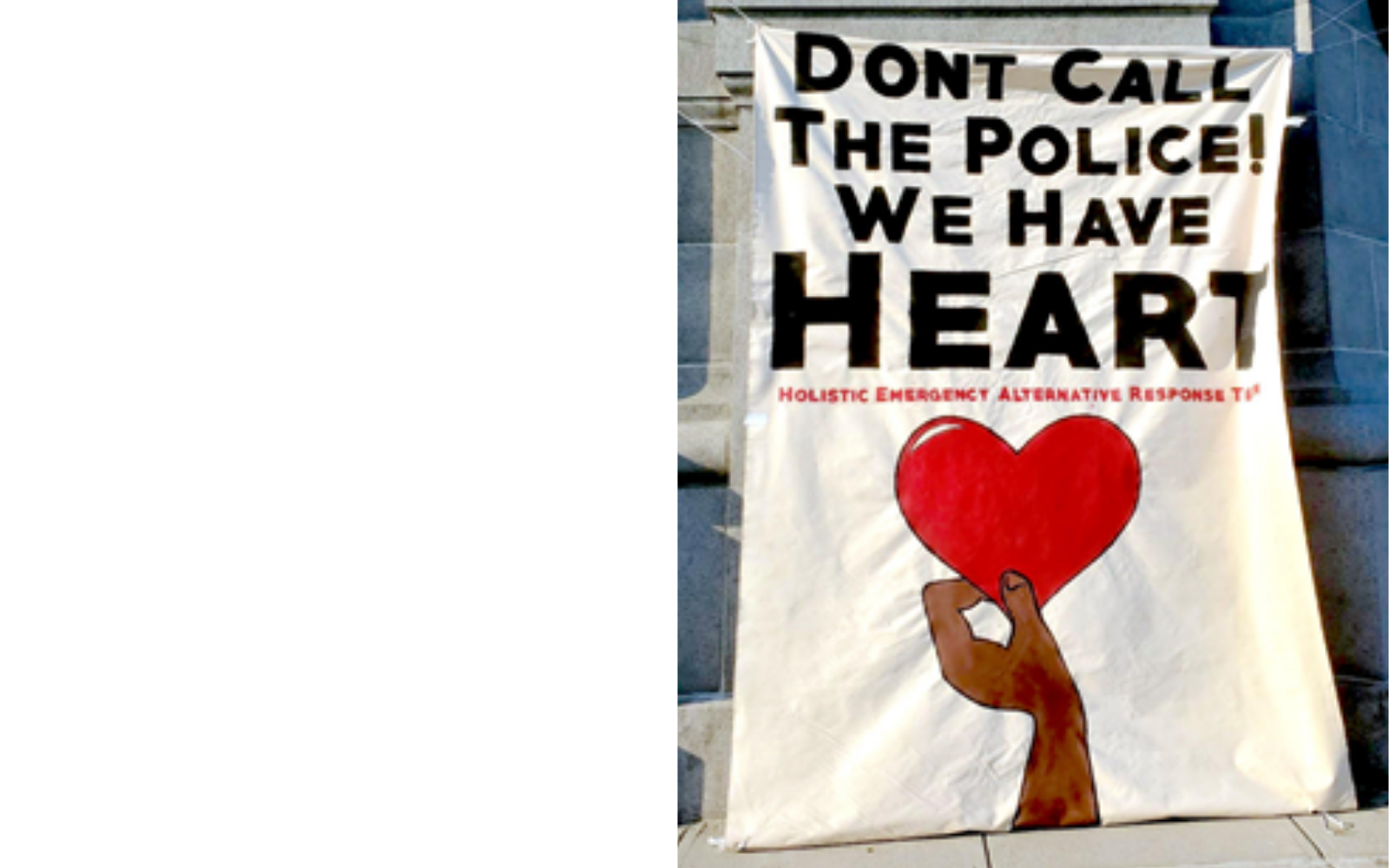 Give today to support an alternative community safety model!

We're reimagining and creating an alternative to policing in our community, and we need you with us.

What if there were an alternative to calling the police? What if that alternative was rooted in transformative and disability justice values and principles? What if responders were grounded in an ethic of care that is non-punitive and healing-centered?

This alternative sounded a bit out of reach a few years ago, but now it is very much on its way. Envisioned by the community – from the ground up – we are reimagining public safety that centers liberation, dignity, and self-determination of those who are most vulnerable to experiencing violence in the community.

HEART responds proactively and directly to community needs to prevent physical, emotional and verbal harms, and is designed to explicitly serve those who are un- and under-served by existing public safety systems.

Rooted in transformative justice and disability justice values and principles, the HEART program is a holistic model and operates under non-hierarchical structures. In all areas of work, Cambridge HEART practitioners and responders will be grounded in an ethic of care that is non-punitive and healing-centered.

We’ve all heard stories of how the police have failed communities, but how about a model that builds community in times of crisis instead of creating more trauma.

Here’s our vision for HEART in action:

Together, we’re building safety and community rooted in compassion and care. These are just a few of the many ways HEART can and will be implemented in the community. Please join us!